The following key points and projects were discussed and established at the executive meeting on 08.11.2014, organised by CEO Josef Gabriel in Göppingen: 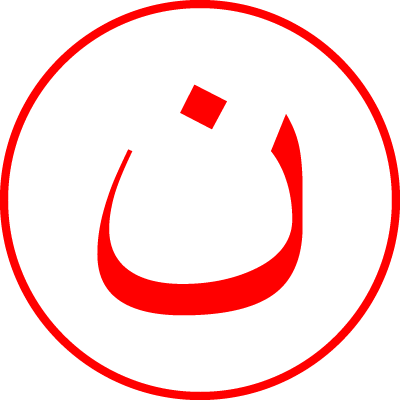 The organisation grew up out of an charity campaign and media initiative “We Are N”. It has been possible to raise around €20,000 from the sale of printed T-shirts with the inscription “We Are N” (playing on the discriminatory and stigmatising “N” > “Nuns” for Christians in the Middle East).

With the help of the local archbishop of Mossul and the surrounding area of the Syrian-Orthodox church of Antioch, his Eminence Mor Nicodemos Daoud Sharaf, volunteer charity workers have used these proceeds to buy baby food locally and to distribute it directly to those in need in the towns of Erbil, Ankawa, Dohuk and the vicinity.

The charity organisation was able to collect around 40 tonnes of winter clothing, 1500 Christmas present parcels for children and over 5,000 baby food parcels and send them from Germany to Iraq. Our executive members personally took delivery of two lorries, with purchased and collected goods on 25.12.2014 in Erbil/Iraq and in Dohuk/Iraq on 30.12.2014 and distributed them to those in need in Northern Iraq. Further relief supplies were also bought locally. Our members were able to visit several refugee camps during the last 15-day stay and distribute a total of 60 tonnes of aid.

Not all camps were adequately supplied with a means of heating. We Are Christians – Aramaic Charity Organization e.V. has been able to supply hundreds of families with electric fires and distribute over 12,000 litres of heating oil. 10 barrels of a total 2,000 litres of diesel were purchased locally, enabling the electricity generators to be kept going in several camps. Food has become very scarce, as the local churches are also at the limit with humanitarian charity that they have provided. Many families do not have enough to eat. Many children go hungry and become fatally ill because the medical supplies are not sufficient. Thanks to the financial support from Germany, it has been possible to spend USD 18,000 on medicines.

We were happy to find that some people were no longer living in tents but are accommodated in temporary warehouses or temporary shelters. These are, however, inhuman conditions. Often, more than 8 people are living in an area around an 8 m².

These people desperately need our help. We cannot look the other way and leave them to their fate, which is why we are asking you to help us to help them. We are reliant on donations to help the people on the ground.

You can also make a contribution through your membership in our charity organisation “We Are Christians – Aramaic Charity Organization e.V.” The membership fees pay for the expenses that are incurred, enabling the donations to be used for humanitarian charity. Until now, the volunteer charity workers have borne the costs of expenses, such as flight, hotel, food etc. themselves. This is not sustainable in the long term, however, which is why it is important to advertise for members, so that we can work effectively and productively.